I am an engineer in chemistry. When I consider a molecule, I see it as a set of functions. I am also an AFOL. And when I see a LEGO element, I can not prevent myself from seing it as a set of fuctions because LEGO parts assemble together just like molecules do.

I am an engineer in chemistry. When I consider a molecule, I see it as a set of functions. I am also an AFOL. And when I see a LEGO element, I can not prevent myself from seing it as a set of fuctions because LEGO parts assemble together just like molecules do. Some functions are compatible, or not, you can also encounter several functions on an element. These multi-functional elements potentially lead to complexe structure. And just like in chemistry, you can also face steric effects.

So what is the point here? I think that builders tend to focus on parts’ form (shape and color) and that an highlight on functions may (and in fact already has)lead to original and creative uses of parts. Maybe that is the secret (one of theirs) of the most talented builders around here.

To better understand my point, let us start with an example. Consider the basic 1x1 brick. It has one function, composed of what we are used to call connections : One stud at the “top” and a stud-socket (it can be a tube or internal walls) at the bottom. The position (distance, orientation) of the connections are important to define the functions. In the case of the 1x1 brick, the stud and stud-socket are in the same orientation, distant of 1.2 LDU (LEGO Draw Unit - 1 LDU is the width of 1xn parts).

When you make use of a 1x1 brick, you maybe just need the function (a stud one brick higher) and not the form (shape and/or color). You maybe choose to use the 1x1 brick only because you did not ask yourself about other possibilities. The brick is the most available part. But let us being creative here.

Creativeness comes from self-questionning. So, which parts can achieve a 1 brick-high translation? You immediatly think about the 1x1 round brick, the 1x1 Technic brick and maybe the headlight brick or even the 1x1 cone and, of course, about of the modified corresponding parts (brick with handle or round brick with fins...). 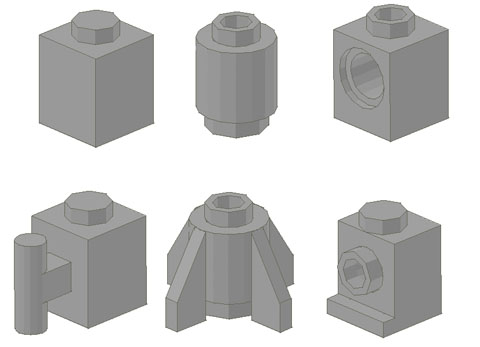 See how the 1x1 cone perfectly fits as a nose on CubeDudes! 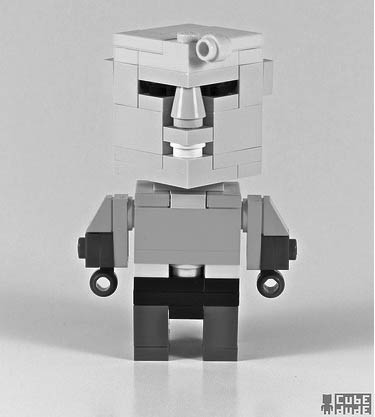 But one part you are maybe not enough creative to think about is the Minifig head. You can say this part is too much large to replace a regular 1x1 part but it might happen that,to the contrary, you not only have the place but also the need for a larger part.

And what about if you need a smaller part? The tap 1x1 is quite small and perform the same function the 1x1 brick do, but that’s not the kind of thing the usual builder see. 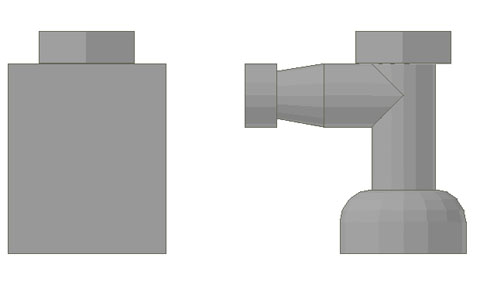 All these parts belong to the same Class.

A Class is a group of parts with the same function and can be defined by a parent part. A part can belong to different Classes, for instance multifunctionnal parts such the headlight brick. And a build (set of part) can belong to a Class.

Let us have a look at a second Class. The 1x2 brick is the parent part. Which parts compose this Class? The 1x2 Technic brick (with one or two studs), with pin (or pins), with handle or clip, with studs on sides, with grille or groove. 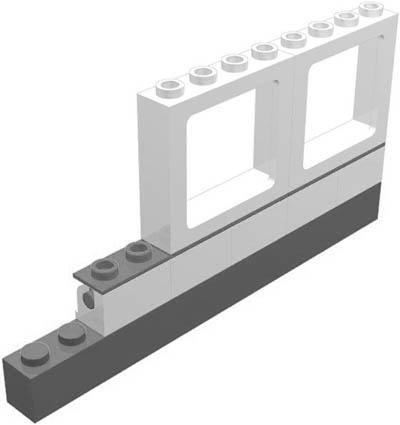 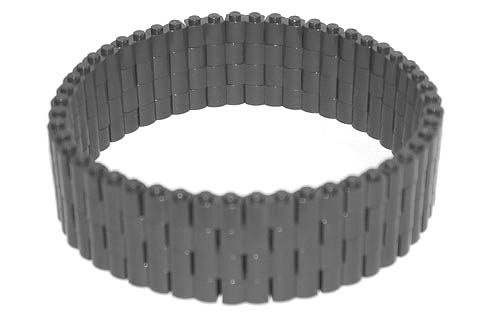 Same function but enhanced possibilities because a part is not only a function but also a shape and color - but function first.

My message? While building, facing a challenge, try to think in term of functions, ie in term of Class, rather than to focus on form. Not that the form is bad, but we tend to be emprisoned in this pattern of thoughts and really need to open our mind to another point of view. The method I detail here is a way to change our point of view. 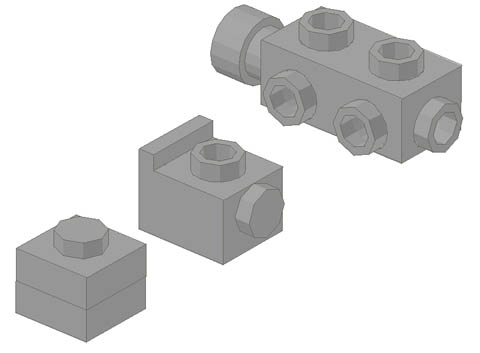 Another example of parts belonging to the same Class - Two plates high brick.

All three examples I choose to present here only features the stud-socket to stud function but you can apply the method to all kind of connections such clips, rods (handles), Technic holes, hinges,...

If you are interested in Class method and possible development, please check :