You already know the Duplo® line. Twice the size of System® bricks, and compatible with System bricks.

In 2004 Quatro® bricks appeared on the market, twice the size of Duplo’s Bricks and four times the size of System’s bricks: 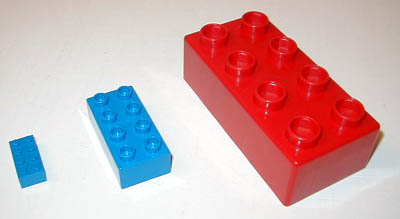 For Duplo and System only, some plates are also available. 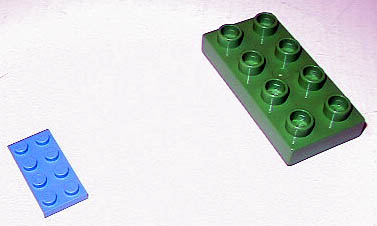 A quick building shows that there is a nice compatibility between the lines from smaller to bigger: 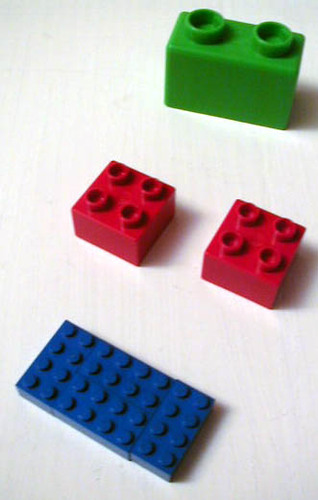 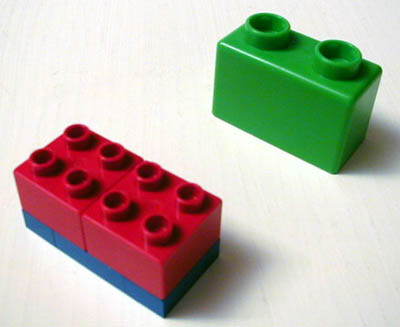 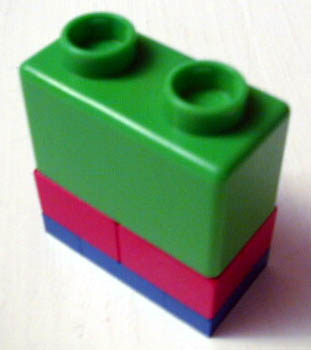 But also from bigger to smaller : 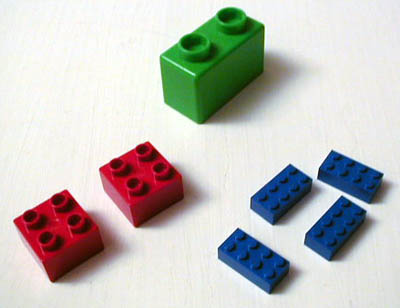 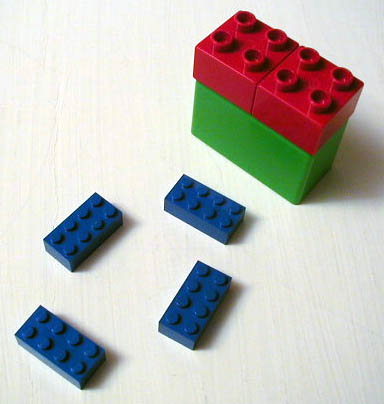 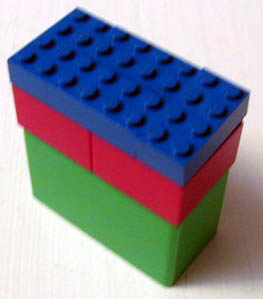 The ascending compatibility is observed in the majority of the cases, although a large number of exceptions exist from bigger to smaller:

System bricks can have an uneven size which is not compatible with Duplo’s bricks or plates.

System plates are not compatible at all with Duplo’s bricks or plates.

Even though Duplo plates fit perfectly on Quatro bricks... 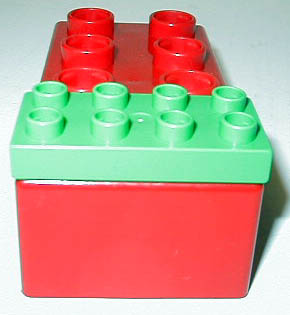 Only the Duplo 2x2 brick can fit correctly on top of a Quatro brick. 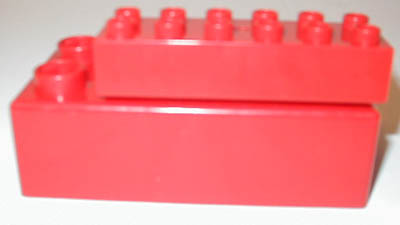 This is mainly due to the stiffening plate between the tubes: 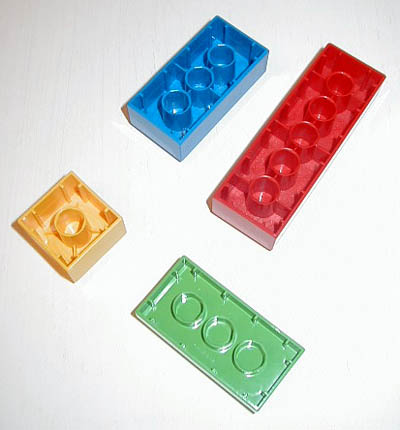 What is it used for ?

Marketing : The bricks you buy today for 1-3 year old children (Quatro) are compatible with the ones you’ll buy later on (Duplo, System).

Adult Fans often use Quatro and Duplo covered by a layer of System bricks to create large building structures such as mountains.

What about an Octo line ?

I doubt it. A Baby line (0-12 monts) already exists but isn’t compatible at all.

A size smaller than System ?

It did exist ! It was used by architects and is called Modulex